We guarantee that on out website you will always find the best online price available.

At Duva Aparthotel we reward the loyalty of those who book through our website with a special detail upon arrival.

Our direct clients always have priority in the attention of their special requests.

Cycle route from Pollensa to Sa Calobra: Everything you need to know

Cycling in Pollensa allows us to get to know nearby towns with beautiful beaches and to go on routes of great beauty. For example, we can reach Alcudia, with its spectacular medieval walls, or Inca, with its beautiful modernist and eclectic buildings. But one of the most beautiful routes is the one that goes from Pollensa to Sa Calobra.

Enjoy Mallorca by bike: the route to Sa Calobra

Among the routes we propose in Cycling in Mallorca, the one that takes you to Sa Calobra is one of the most spectacular. It runs through the beautiful Tramuntana mountain range all the way to the coast. And if you don't feel like doing the return trip, don't worry. You can do it on one of the boats that leave from Sa Calobra.

The route has a distance of 43.4 kilometres, but it is quite demanding because it runs through mountainous areas. In fact, it reaches a maximum altitude of 739 metres. However, if you do it at your own pace, you will certainly have no trouble finishing it. And, in return, you will have seen unparalleled landscapes of great beauty. 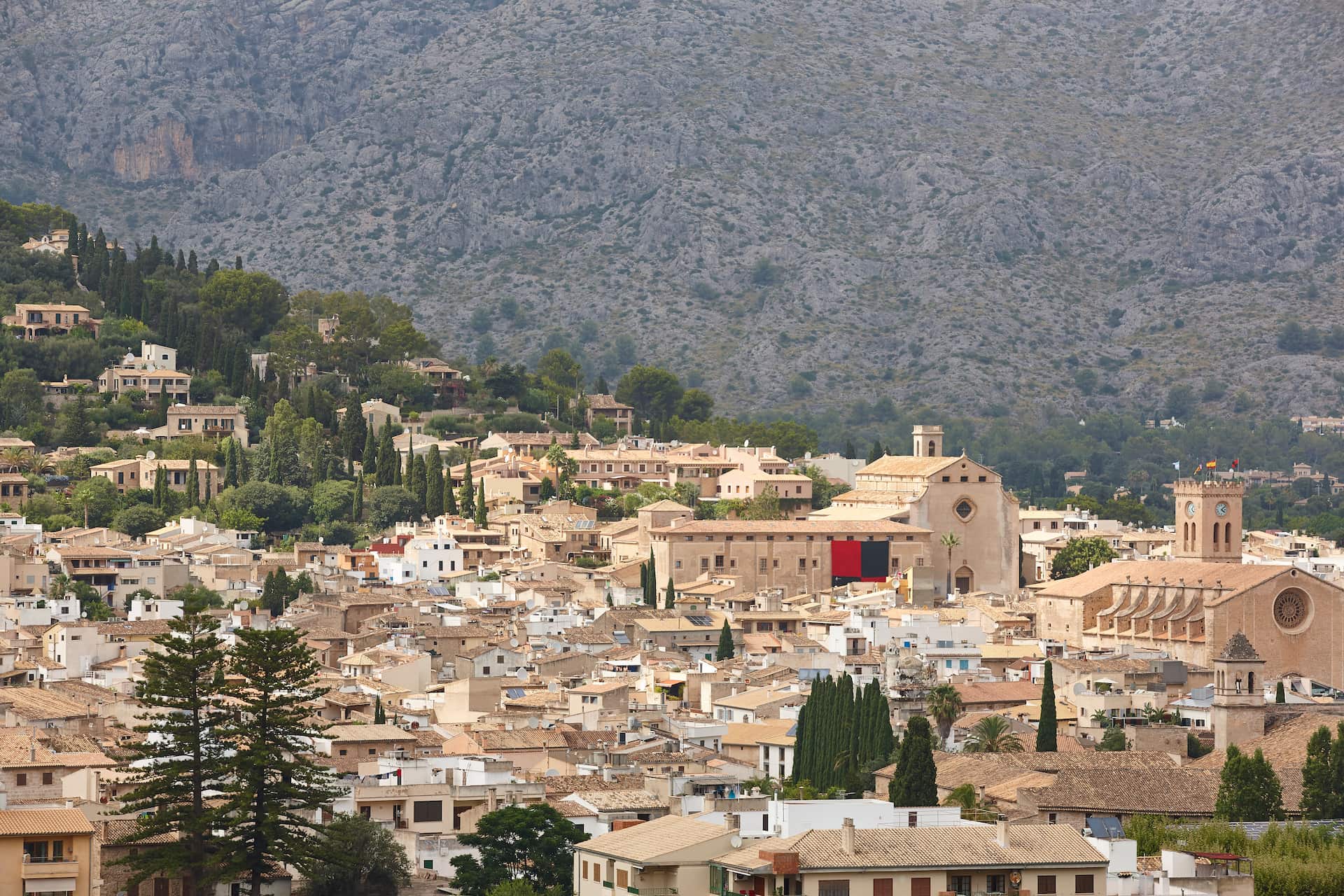 As we have already mentioned, the route starts in Pollensa, one of the most historic towns on the island of Mallorca. We recommend that you visit the church of Madre de Dios de los Ángeles, with its spectacular Baroque altarpiece, and stroll through the Joan March gardens. Here you can also see the Desbrull Gothic tower. But perhaps the most typical thing to do in Pollensa is to climb the 365 steps that lead to the top of Mount Calvario, where there is a small 18th-century church.

Also, before starting your bike route, you can get a sandwich of camaiot, a delicious local sausage that will serve as a refreshment for the route.

First part of the journey: the sanctuary of Lluc

On the route we propose, you will leave Pollensa through the valley of Son March and reach the vicinity of the sanctuary of Lluc. It belongs to the municipality of Escorca and is located some 400 metres above sea level, in the Tramuntana mountain range. But, above all, it is the sacred place par excellence on the Mallorcan island.

Every year thousands of pilgrims come here to venerate the image of the Virgin of Lluc, patron saint of the island. In fact, every year the Güell to Lluc march is held on foot, in which some fifty thousand people walk the distance between Palma de Mallorca and the sanctuary. In total, it is around fifty kilometres. There is also a beautiful botanical garden and a museum in the sanctuary.

Second part of the route: to the foothills of Puig Major

After leaving Lluc, your route continues along the Tramuntana mountain range and passes close to Puig Mayor, which is on the left. At 1445 metres high, it is the highest point on the Mallorcan island. At its peak, there is a military settlement of the Air Force, so it is not possible to visit it. 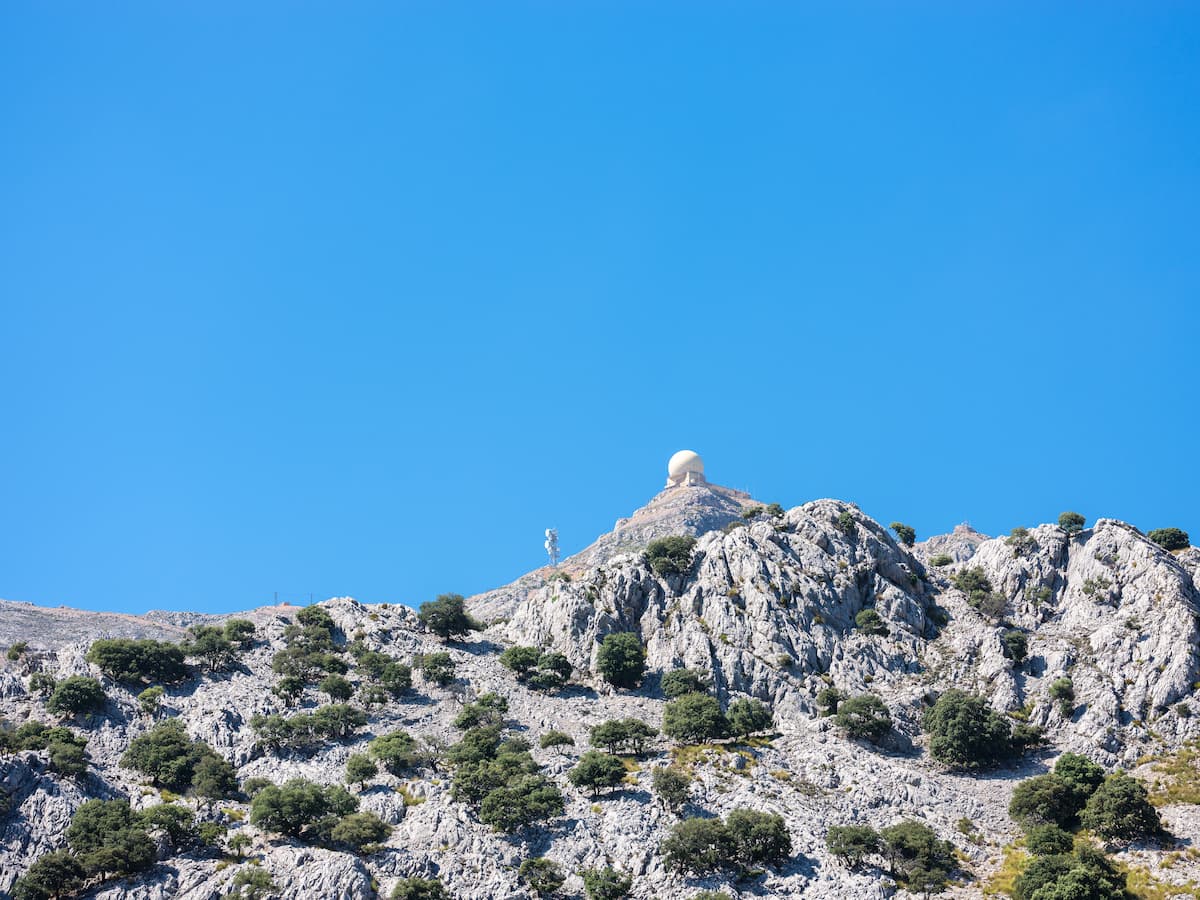 Surrounding Puig Mayor, like stony bodyguards, are other peaks such as Penyal des Migdia, which is barely fifty metres shorter, and those of the Sierra de Na Rius. It is also an area of enormous ecological importance. In fact, it has been a Natural Site since 2007 and a World Heritage Site since 2011. Among the main species that inhabit it are the reed in terms of flora and the black vulture and the osprey in terms of fauna.

Third part of the route: the "tie knot" to Sa Calobra

After passing the Coll des Reis, the so-called "tie knot" begins. This is a spectacular route with a succession of hairpin bends and breathtaking views of the coast. It is one of the most spectacular mountain passes in the world and every year cyclists come from all over the world to ride it.

Descending, you will reach Sa Calobra. It is a secluded spot between cliffs over two hundred metres high where you can enjoy an almost virgin coastline. It is made up of two small coves of stone, sand and crystal-clear waters that are located around the mouth of the Pareis torrent and are separated by a tunnel in the rocks. Here you can take a refreshing dip after a hard day's work. 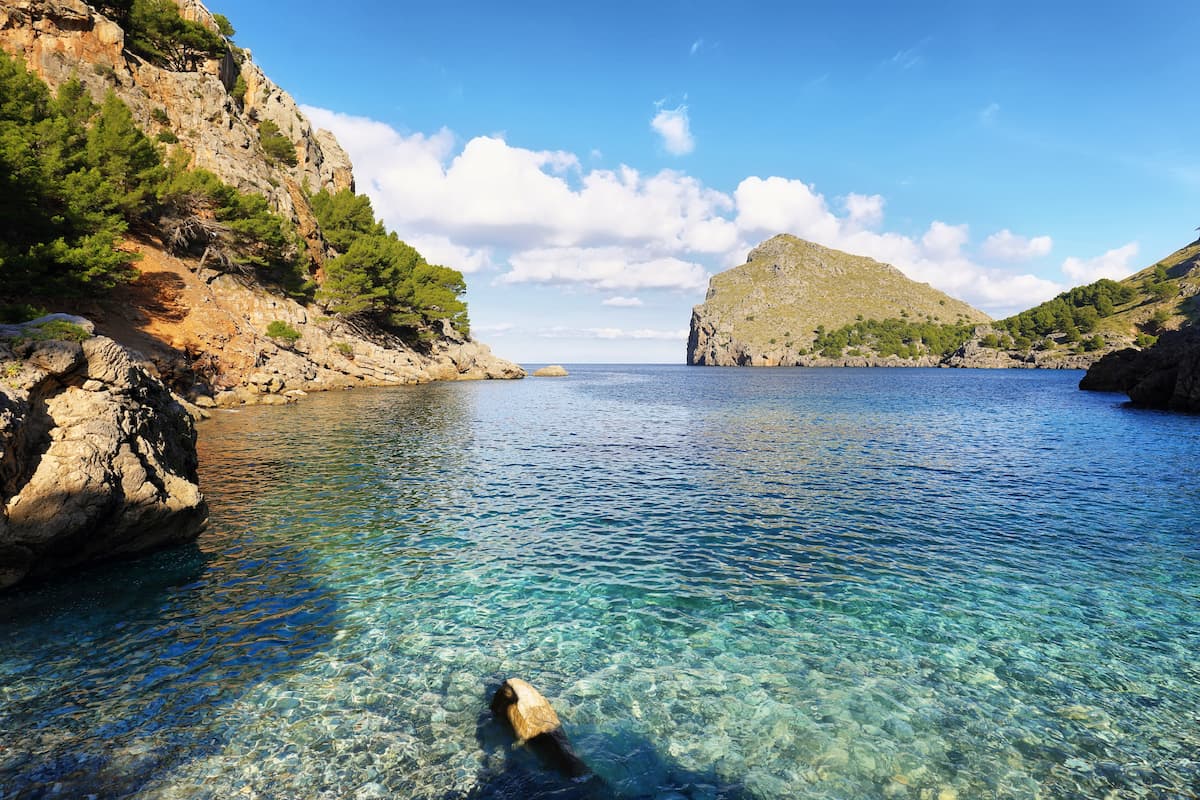 But there are also restaurants in Sa Calobra where you can recharge your batteries and enjoy typical Mallorcan gastronomy before setting off on your return journey. Among the recipes you can savour are Mallorcan soups, arroz brut, tumbet or caldereta de langosta (lobster stew).

In conclusion, if you want to cycle in Pollensa, one of the best routes is the one that goes from Pollensa to Sa Calobra. If you do it, you will enjoy the marvellous Mallorcan coastal and mountain landscapes.

Sign up to our newsletter to be the first to find out about our promotions, events and news.

At www.duva-pollensa.com we use our own and third-party cookies for analytical purposes and to show you personalized advertising based on a profile made from your browsing habits